Making fire and tackling 600 tonnes of water passing us every second was just part of the Year 10 Clutha Rafting Camp. Cooperation was the only way that these two challenges could be overcome.

On the Monday, we learnt about the changing beast that is the New Zealand river. Recirculating waves, eddy lines and cumecs all became part of our vocabulary. On Tuesday the theory became reality and we headed to Pinders Pond near Roxburgh. Getting the raft moving where we wanted to, flipping it and then getting it back up the right way again before everyone gets back in-all while on the water- became an achievement for the day.

For the next three days, we paddled and freedom camped our way down the river until we reached Clydevale. Bushcraft became a big part of the camp with knots and “tarpology” becoming important. A big high light for me, as a teacher, was seeing the boys creating a fire: without the use of matches or a flint. This was a true test of grit for the three teams of boys. It is a testament to the boys' perseverance and personal determination it took.

I think the boys learnt something and enjoyed themselves along the way. 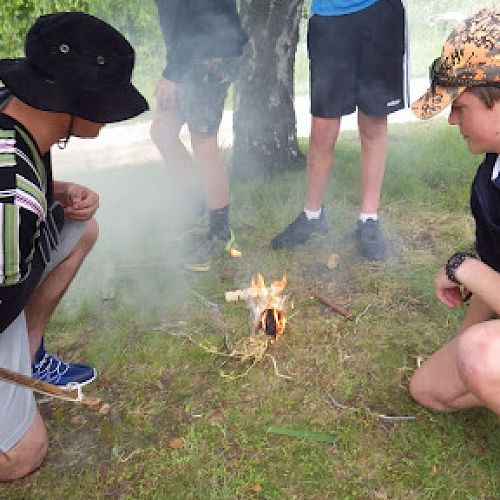