Almost 60 students received scholars' ties in our recent assembly to recognise top achievement in last year's exams. A vintage crop by any measure!

Whilst the college community can once again take pride in saying "our results are our best ever", perhaps the most encouraging aspect is the culture that has developed where boys actively strive for that success and recognition.  Boy's are often naturally competitive, and when that energy is directed into an academic pursuit, they achieve some wonderful things.

In 2017 our respective pass rates at Level 1, 2 and 3 NCEA, were 99%, 99% & 93%.   However, our focus is more on quality than quantity, and the high levels of Merit & Excellence endorsements are perhaps our best indicator of performance.  When compared with high decile boys' schools nationally we are significantly ahead of the game.

While last week's assembly was about recognising our very top scholars, results such as the above come from a collective attitude that all boys contribute to;  that extra effort to lift a result from Not Achieved to Achieved, that determination not to just settle for an Achieved, and so on.   Having celebrated the boys' success our job is now to look to the year ahead, maintain the academic culture, and continue to lift performance into our new McGlashan century.

Scholars' Tie Recipients for 2017 were:

(*Level 1 ties are awarded if students have gained an Excellence Endorsement by the end of Year 11, ie 50+ Lvl 1 Excellence credits)

(*Level 2 ties are awarded if students have gained an Excellence Endorsement by the end of Year 12, ie 50+ Lvl 2 Excellence credits) 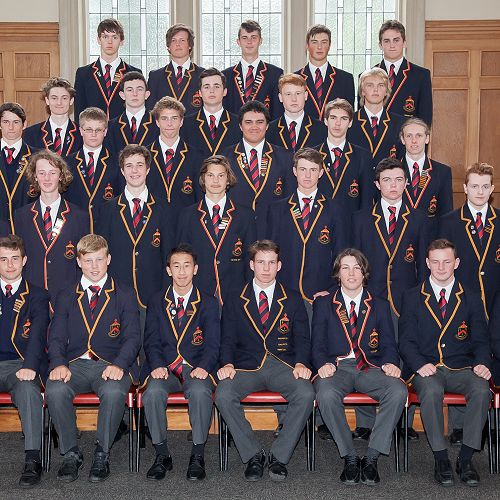