We went in as a group. We came out a team. By Krishan Luxmanan and Ben Monaghan

After a refreshing first day back at school, the 2020 Prefect cohort (minus Joe Mu who was still in China) were ready and loaded to attack a one-night leadership retreat at Tirohanga Presbyterian Camp. The enlightening training was conducted by Dr Craig Preston and Mr Simon Basel, with a guest appearance from Assistant Principal Mr Brendan Porter.

After arriving at the camp and offloading all of our belongings into the cabins furthest away from the teachers, professional backyard cricketers Will Duffy and Jack Murray set up an impromptu game of tennis ball cricket while we waited for the two conductors to set up the events for the day.

After realising that no one could overcome Ned Hancox’s perfect batting form, we headed in for the first activity of the evening. This activity made us question our ideas on leadership in a group discussion that required us to understand the differences in one another’s leadership styles and personalities. For example, Angus Kenny’s leadership style ensured that everyone had a good time and a laugh was always to be had. The team then demolished 18 pizzas and three bottles of fizz; a challenge that was led by the big dog himself, Robert Millar. This, however, was a walk in the park compared to the challenge that we were about to embark on: The Spiderweb.

The Spiderweb was a military-style exercise, prepared by Mr Basel himself, in which we were required to thread each member through a different hole in the web without touching the strings of the web and without using any one hole twice. The cherry on top, however, was the fact that once a member was through to the other side, he was not allowed to verbally communicate in any way whatsoever - a sore point for loose forward Caine Taylor who was voted to be the first one through to the other side. Our in-house Warrant Officer Mitchell Joint took the lead with military-like precision and determination, with his past experiences in similar activities proving critical for us achieving a worthy time of 18 minutes.

Then, after varying degrees of success with a series of team-building and logical exercises - in which Billy Elwood and Caleb Moody were surprisingly skilled at (they might have cheated) - we were presented with an eye-opening talk from Mr Brendan Porter about leading the initiatives at the College, before deciding to get to bed early. Just kidding.

The following morning, before realizing that there was a switch for the hot water, Josh Hou showed us that even athletes can’t have proper cold showers. We then had a hearty breakfast of eggs, toast and bacon which budding Masterchef judge Max Walker tested to make sure all was being cooked to perfection. The rest of the Year 13 cohort arrived soon after for a day of introductions into the ways of a senior preparing to leave the College. After a few hours of University discussions, the Prefects led a round of team-building activities that highlighted communication and brought out the hidden potential of the entire year.

Overall, the entire experience proved invaluable for the Prefect team in solidifying the already-strong camaraderie that we share. All in all, we’re ready for an exciting year of giving back to the school and glad to have an inspiring bunch of lads on the team. 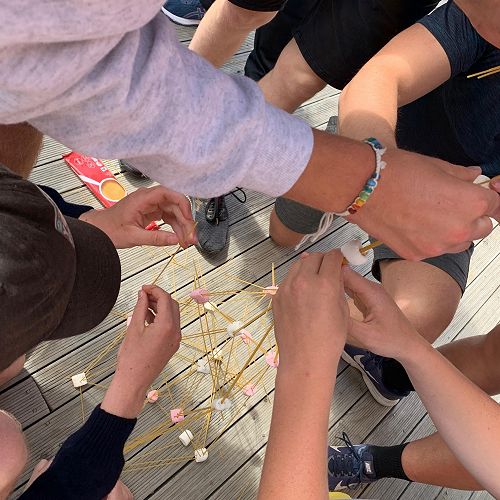