The winning house was, unsurprisingly, Burns. ...

The college’s annual house competition got off to a strong start in 2020, with the day and a half long school athletics.

This year though, there were a number of key differences. Rather than separating out the standards and championship events, this year the longest jumpers, fastest runners and most testosterone imbued throwers were drafted out during the initial stages of each event and then competed for house points with the top three from each house.

What a difference this made. The boys were busy all day, were cheering their peers as they competed and then raced off to the next and the next event. So it’s unsurprising that the numbers for participation were up for all the houses. And very evenly spread too.

It’s often said amongst house leaders that participation is the key. This rule of thumb didn’t apply in 2020. There was very little difference between houses for standards events, where the number of participants makes a big difference. But the championship points were entirely different. One house dominated through the entire day - and whilst others jostled around a bit for the remaining positions, it was never really a contest.

The winning house was, unsurprisingly, Burns. Not really. Ross were mighty victors on the day, and have begun talking a big game about a ‘Three-peat’ for the Eldridge Cup in 2020. As they say, pride comes before ...

Ross’s victory was helped by some outstanding individual efforts. Some of the boys in this house can certainly jump, run and throw. Individual results of note follow:

Junior Champion Louis Brown won the 400m and 800m, was second in the long jump and high jump, and third in the 3000m. Finn Apii won the 100m, long jump, and in the day’s highlight, broke the high jump record with a jump of 1.44m to beat the old mark by a centimeter. Serge Meeuws was third after winning the shot put and 200m, and coming second in the 100m.

Nick Casey and Liam Barron dominated the Novice division with Nick taking out this group with wins in 400m, 800m, 1500m and discus. Liam won the high jump and long jump, and both boys placed second in numerous events. Henry Bowering was third in this division after winning the 200m, and coming second in the 100m

In the Junior division, Isaac McConachie was first, after winning the 3000m and javelin, and placing second on numerous occasions. John Mengel won the 400m, 800m, and 1500m to take out second place. Seb Ferro won the sprints and was second in the long jump, placing third.

Matheson Colquhoun won the Intermediate title after dominating the 800m, 1500m, and 3000m and coming second in the 400m. Stanley McClure took out the sprint double and the triple jump, and was third in the long jump, finishing second in this division. William Pringle was third after winning the long jump and placing in the sprints events.

Josh Hou took out the Senior division with wins in the 400m, 800m, 1500m, and 3000m. Thomas Sullivan won the sprint double and long jump, and came second in the 400m to take out second place. Gabe Ross was third in this division after winning the triple jump and javelin.

Well done to Nick Casey who won the Champion of Champions Cup. 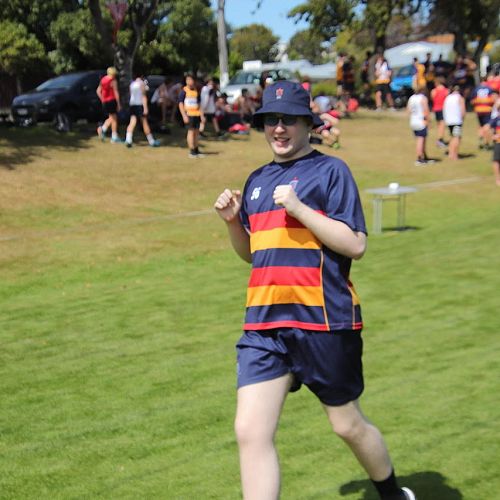 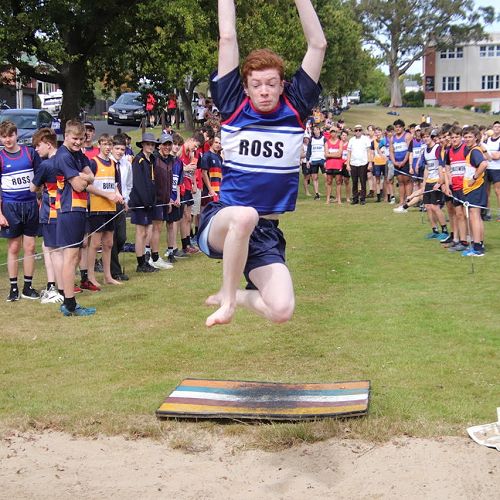 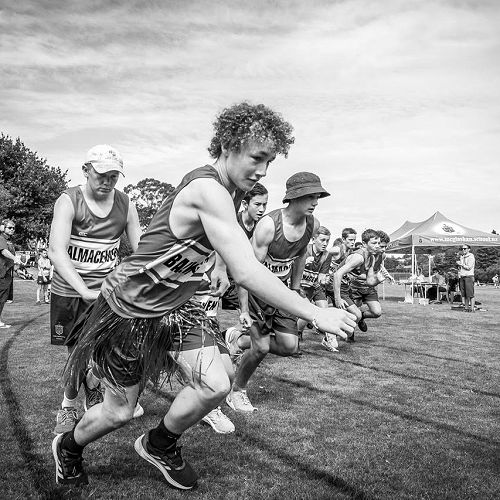 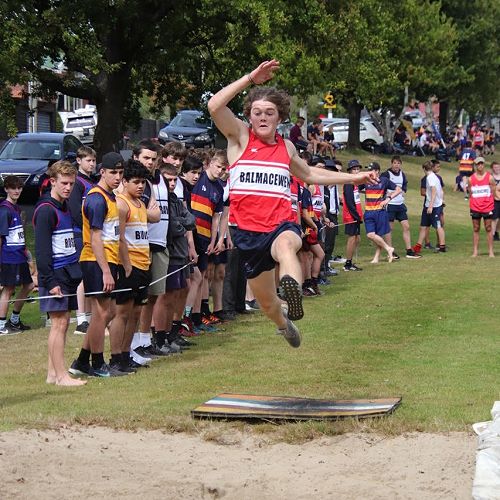 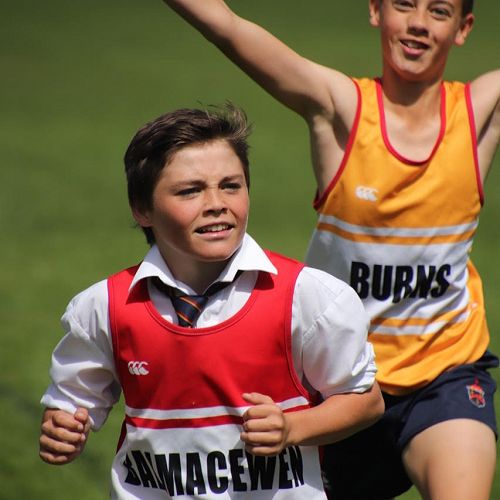