" We set up the tents as quickly as possible, motivated by the promise of ice blocks once each had been checked off."

After a long trip from Dunedin, we hopped off the bus about 2 km from the Hyde pub. We started biking and met up with the rest of the parents. We then stopped and learned the parent helpers’ names (Steve Joint, Karl White, Steve Hamilton, Josh Jones, Vicky Sandford and Crystal Barton). We started again and hit the first tunnel almost immediately after stopping. We hopped off and put our torches on and walked through the hundred meters of darkness, which was a relief from the boiling temperatures of Central Otago.

A further 10 km down the trail, we stopped and had lunch underneath a big tree. Our next stop was Waipiata where we waited for quite a while for everyone to catch up. This was because a group had raced off and arrived miles in front of the main group. We began the 8 km to Ranfurly quickly because everyone couldn’t wait until we could set up camp and jump into the pool to cool off. We took a quick trip through town following behind one of the school vans to the campground and then set up the tents as quickly as possible, motivated by the promise of ice blocks once each tent had been checked off. After a refreshing play in the pool, we had dinner which was made up of chips and a piece of fish or a hot dog. We then attempted to get to sleep while people in the tents next to us mucked about.

We awoke to the sound of Mr Campbell rustling our tents and saying “wake up” and then him moving on to the next tent. We packed our stuff and then went to get breakfast which comprised of toast and cereals. After eating, we packed our tents and started to get ready to depart and carry on. We sent the slower people off then we did a final sweep of the campsite and started biking to Wedderburn. We caught up to the slower group about halfway and then soon reached Wedderburn Station. We had a morning tea of chips and muesli bars and then started biking to Oturehua where we would have lunch.

We had a little climb to the highest point and then had a really nice long downhill for about 6-8kms. We stopped and had rolls for lunch then headed off down the Ida Valley. We had a quick break and were soon reaching the viaduct into the Poolburn Valley. About 3kms later, we reached the first tunnel and hopped off our bikes. We were pretty much all together because we stopped at Auripo beforehand so we didn’t have to wait long. We turned on our head torches and headed into the darkness. After about a good 75 meters, we came out and into the hot sun. We carried on and came up to the second tunnel and repeated the process. We arrived in Lauder shortly after and soon arrived at Omakau. We set up camp and we rushed into the pool to cool down. We had a much better sleep than the last night because everyone was pretty tired.

We awakened to Mr Campbell coming round to each tent telling us to start packing up our stuff after breakfast. There was a lot of grumbling as people stretched out their stiff legs. We ate our breakfast and prepared to leave. We started out strong looking forward to the big and long downhill into Chatto Creek. We took off as soon as we had passed underneath the underpass and started speeding up. We kept the fast pace all the way to Chatto Creek and then had a short rest. Mrs Smith told us we had to go slower, otherwise we would arrive way ahead of schedule and have to wait for the bus without much shade. We slowed down a bit and, because we had a bit of time, we stopped at Galloway and waited for everyone to catch up.

We stopped at Alexandra and had some lunch then started sprinting to Clyde trying to get there as soon as possible. Pretty soon, we were at the end and were talking to the other group who were waiting to get our bikes so they could go (there wasn’t enough room for transport so we had to share a bicycle). We waited there for 30-60 minutes before getting on the bus and heading back to school. We arrived at John McGlashan and started trickling out through the doors, all of our butts aching after the last 3 days.

We collected our gear and then the borders went up to the Hostel and the dayboys were picked up by their caregivers.

We were all pretty proud of what we had achieved and I’m sure we would all love to do it again after some recovery time. 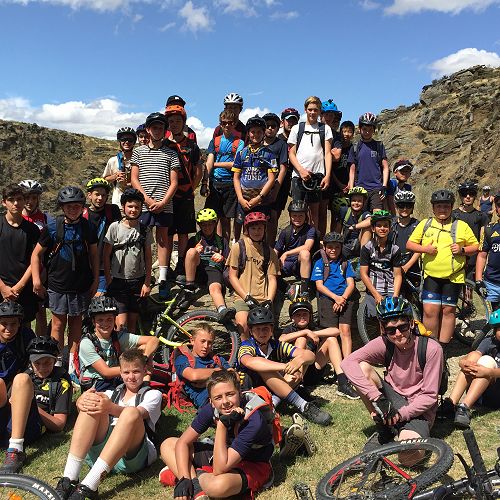 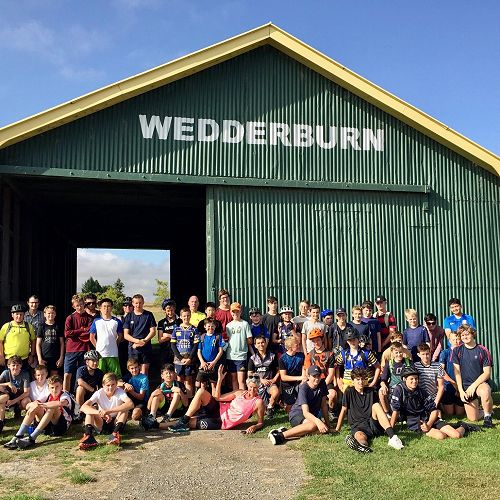 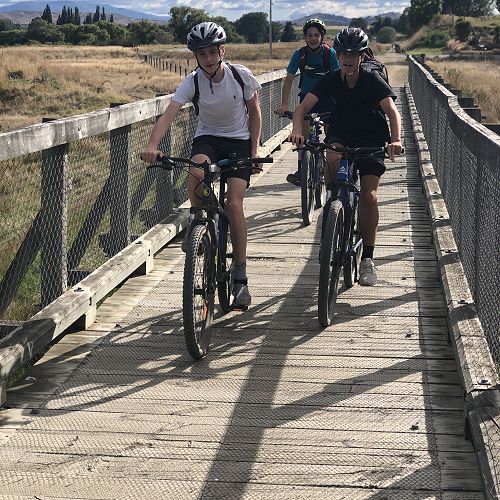 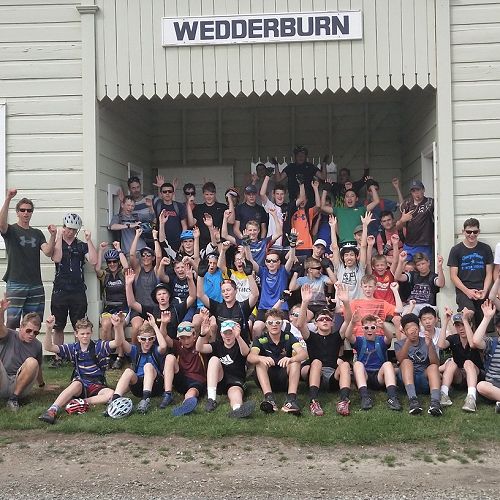