JMC can be pleased with their overall performance against one of the strongest intermediate sporting schools in Otago and Southland.

The weather forecast for the annual Balmacewen / JMC interchange was not good.  Luckily the predicted snow held off and all games went on as scheduled apart from a ground transfer which saw the rugby match played at Bishops court.

This ground transfer made it difficult to have a full after match function as Balmacewen felt they couldn't get back to school in time for buses. This was disappointing as the speeches are a big part of any interchange. Despite this, the interchange was a great success.  Many long lasting friendships are formed at occasions like this. Match reports are as follows:

Despite their best efforts, our football team was unable to contain a much faster and physically stronger Balmacewen side who put  nine goals past our young side. The score line could have been even greater had it not been for the quick reactions of goalkeepers Anton Stoddard and Patrick Bezett. Our player of the day was Jonathan Brook, who showed a, never give up attitude, up front.

Balmac won a very close and entertaining game 24 - 22. As the score suggests this was a great tussle with two differing game plans being implemented. Last year Balmac came very close to hitting triple figures so this was a major improvement from the JMC side. Coach Ron Bull was pleased with the way that the team stuck to the game plan. It was very hard to single out individuals as it was a team effort where all the boys played with determination and pride for their school.
Dom Morrison playing in his third different code for the day, pulled off two try saving tackles. Max wolf scored two tries and Cam Forde also had a big game.

Two all was the final score when JMC meet Balmac on the hockey turf. JMC started slow and will regret not being more aggressive in the early stages of the game. Late in the game Balmac forced a corner and if this was converted, would have been the difference between the two teams. The shot missed and the game was drawn 2 all.

7A - JMC 35 - Balmac 40
It was a close game with both sides taking the lead at different points. At halftime JMC was up by 1 point. The difference in the game came just after halftime when Balmac got three quick baskets. From that point the game was even but we were unable to catch up those points.
8A
JMC came up against a very strong Balmacewen year 8-basketball team. The final score was 94 - 28 but this didn't reflect the competitiveness of the JMC side. It was a highly entertaining game played between two skilled sides. Dom Morrison scored the majority of our points, he had a huge work load both on attack and defence.

All in all, JMC can be happy with their performance across codes against one of the strongest intermediate schools in Otago and Southland. We look forward to next year's exchange. 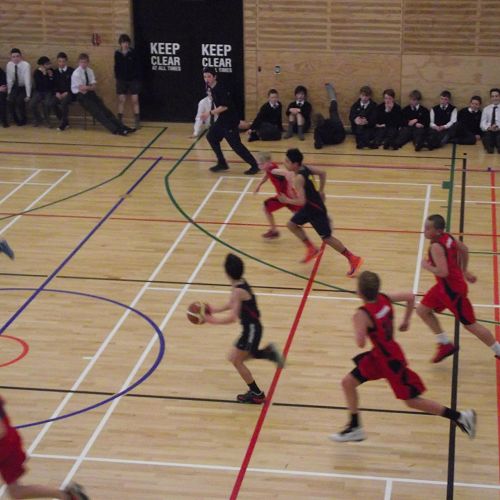