'We were constantly pushing uphill through man made gorges as well as pushing through the pain of our bums and legs that were used to sitting on the couch.'

It started as a miserable disgusting Dunedin day, we hopped on the bus and rattled off to Middlemarch where it was overcast. After we picked up our bikes from Cycle Surgery and rode the 200 meters to the start of the trail. We had a meeting and lined up for a head count. Finally we got under way stopping every 20 meters or so to lose a layer of clothing. The long bumpy uphill stretch was painful and slow. We stopped for morning tea and waited for everyone to catch up at Rock and Pillar. We were constantly pushing uphill through man made gorges as well as pushing through the pain of our bums and legs that were used to sitting on the couch. We stopped for lunch at the Hyde Railway Station and marvelled at the old rusty train carriages, it was a welcome stop. From Hyde to Ranfurly was in our opinion the hardest part of not only that day but the whole Rail Trail. Not only was it uphill but there were other complications along the way, for instance an awful headwind and some people didnt like the interior designing in the tunnel we passed through that day so they tried to "reshape" the walls with their shoulder *cough cough Patrick Zhang cough cough cough*. Some weren't the best at steering and almost became accidental professional downhill bikers (going down embankments). However finally we managed to get to Ranfurly. We arrived at the motor camp and found three tents already pitched so we got into groups of three and put our own tent up. finally it was time for FOOD!! We had fish and chips with an added hot dog all from the Ranfurly Hotel. They were delicious. But even better was the chocolate cake for Adrian Crampton's birthday! We went to bed and after a couple of minutes of chatting away with a threat of sleeping outside hanging over us, we slept.

We woke up to a very cheerful Mr. Mountain shouting upy upys that made us all cheery. We started off for Wedderburn and we enjoyed that ride a lot because it was either downhill or flat with no wind. When we arrived at Wedderburn we had chips and home baking with the choice of a bannana or an apple the size of your head. Everyone got back on the saddle and formed a raggedy line for a photo, unfortunately some people couldn't keep their balance and fell over providing a good laugh for all. Now it was time for the trek uphill to the highest point 618 meters above sea level. After that it was all down hill until lunch time at Oturehua for a "subway stop" (make your own sandwich). After lunch we then lined up single file and waited for what felt like a million hours while people used the toilet. Eventually we did get underway and headed towards the tunnels. Before we got there we stopped and had a talk about being "safe" in the tunnels and that we needed to dismount so as that we didnt have any more mishaps. (Passing through the tunnels we didnt have any troubles and we all had fun.) After a quick stopoff at the shady Lauder which was a welcomed rest from the hot sun, we headed off for the big downhill to Omakau camping ground we arrived set up our tents and then got rides in the van to go to the Opher pool. The pool was freezing cold but there were inner tubes that had been left in the sun and they were nice and hot. We dried off back at camp, some had cold showers (because they had to pay for hot water) and others changed and went off to play ball tag, cricket or rugby. EVERYONE WAS STARVING!! When the Spaghetti Bolognese was ready we wolfed it down quickly and went back out to play more games, read or just chill out.

GET UP! was what we heard at 6:30!! Today was our final and earliest day and we had to have wheels rolling an hour earlier than normal so that we could all make it to the bus in time and get home to our welcoming beds. After breakfast and more cold showers we got underway. We had a very gradual but painful 5 km uphill and then the rest was downhill. Just before Alexandra a couple of people found a track on the side of the track and so they had some fun riding and doing some jumps. When we reached Alexandra we stopped for a drink, baking and reapplied sunblock. We only had 8 km left until Clyde and this spurred us on to go hard and fast so we got there on time (we actually had lots of time until pick up). When we reached Clyde we were overjoyed! We ate a well deserved sandwich with chips, nut bar and another monster apple or banana. When the buses arrived they were chock-a-block full of the other group and their bags. Once the other group was sorted we loaded our bags and got on the bus for the 3 hour bus ride home back to good old Dunners!!! When we arrived most of us went straight home, had some food and then slept and slept and slept.

We would like to thank all the Teachers, Parents, Year 12 and 13 students for making it all possible. 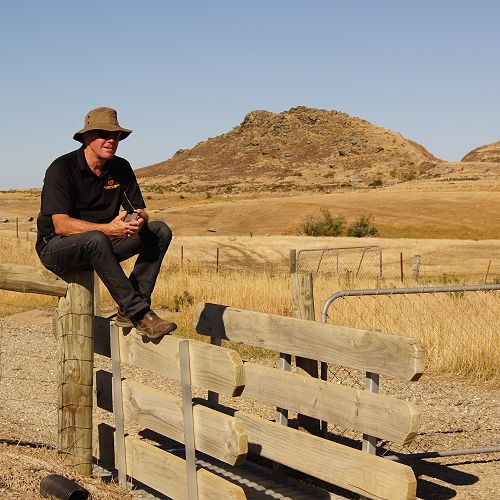 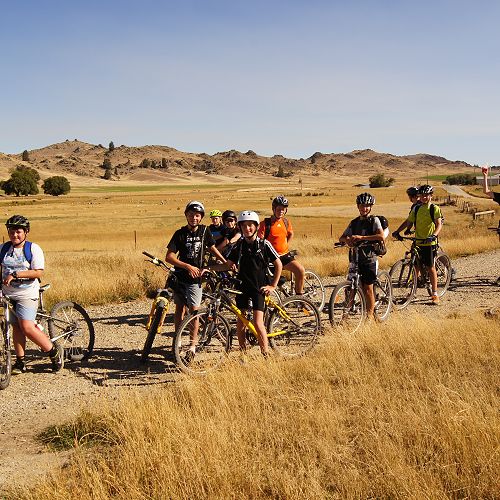 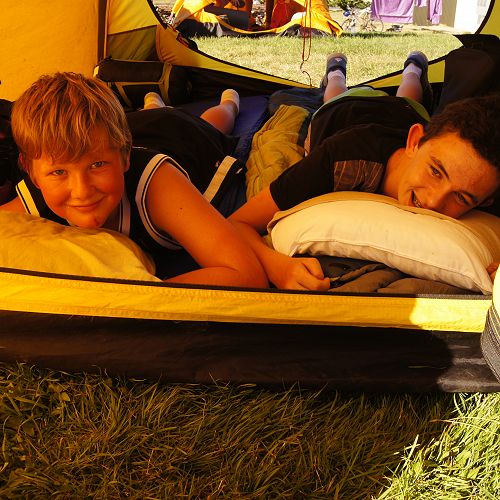 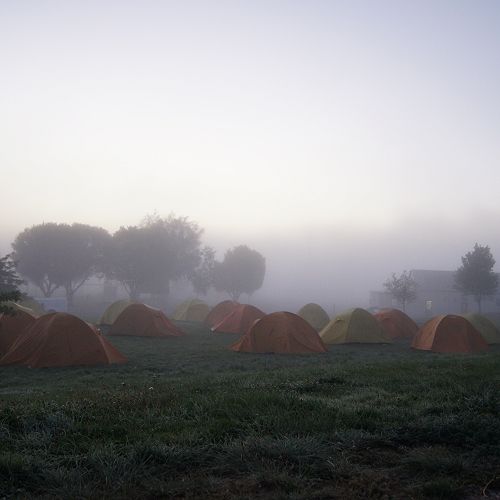 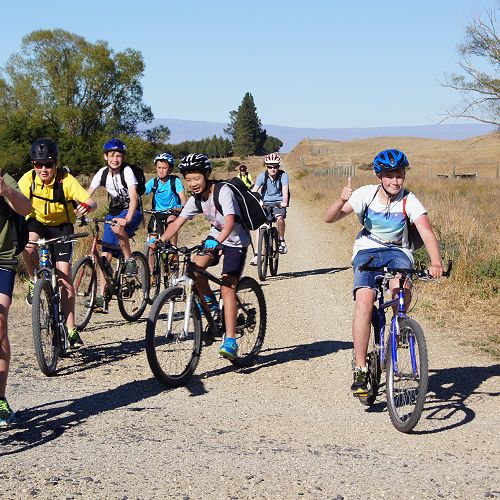 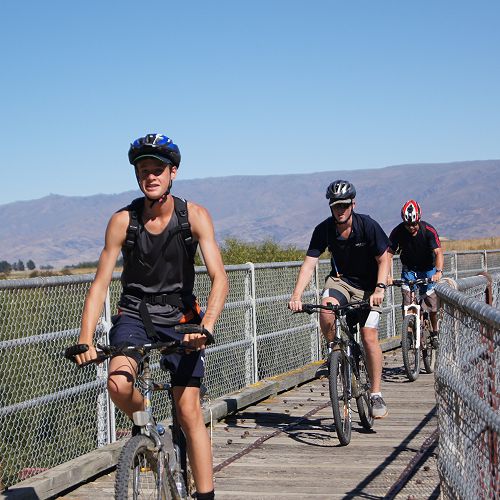 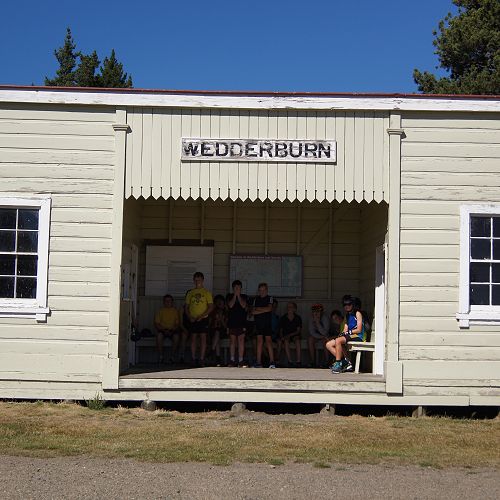 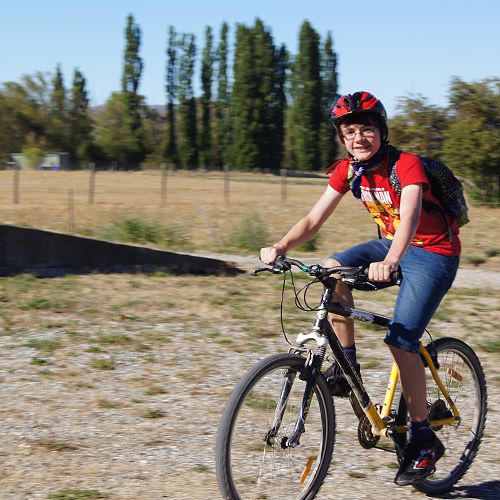 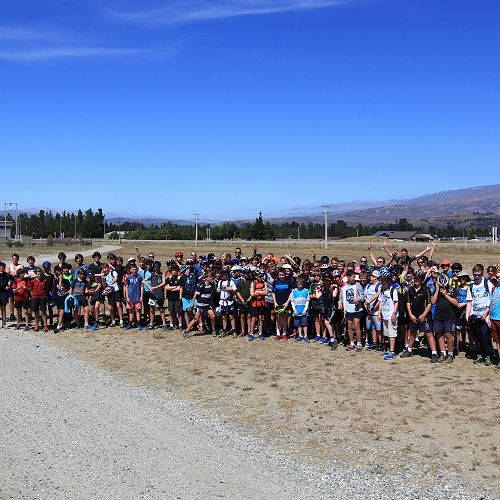 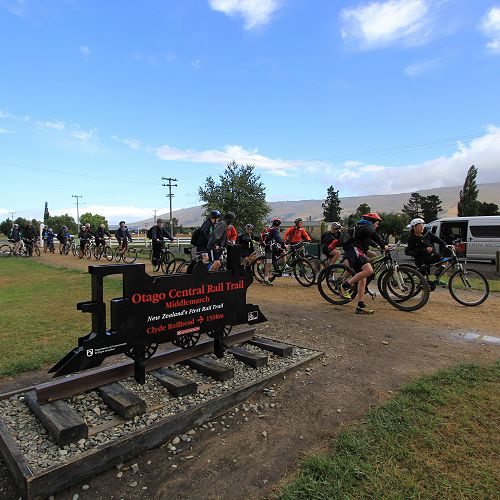 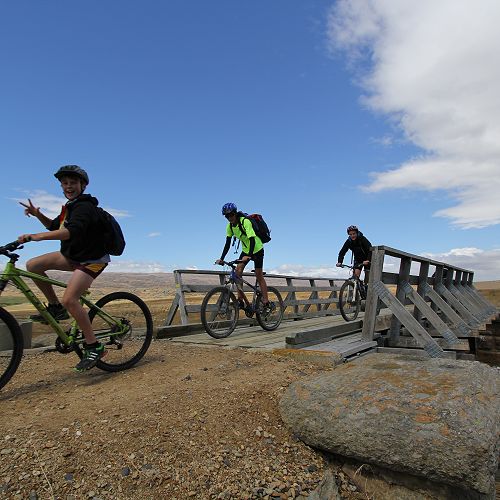 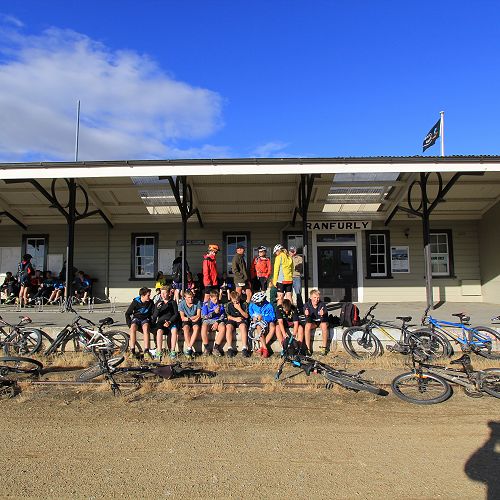 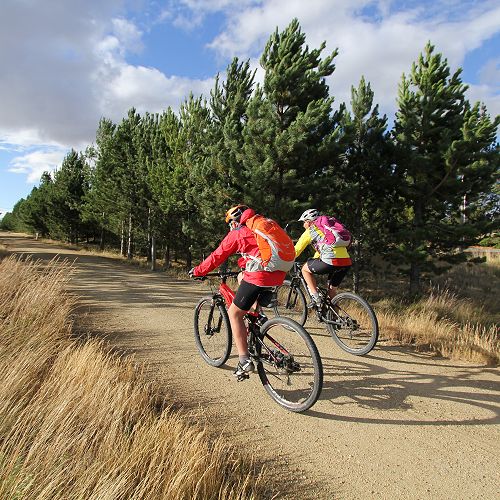 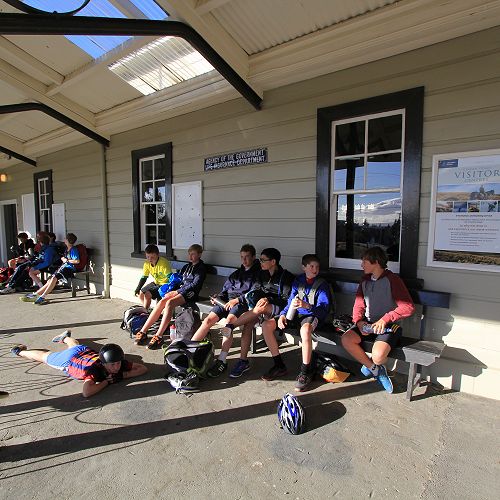 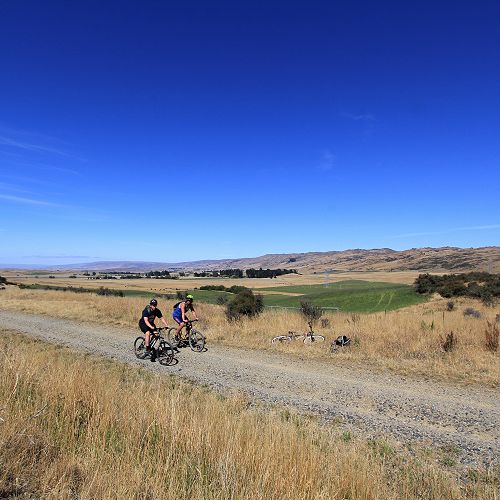