On Tuesday 29th August, the annual Balmacwen Intermediate Exchange took place under clear blue skies. The sports on offer this year were chess, Year 7 and Year 8 Miniball, hockey, rugby and football. The occasion was an eventful one.

The schedule started at 9:15am down at the hockey turf. John McGlashan College was hoping they could continue their unbeaten form having lost just once, all season against a very classy Waihi outfit earlier in the year. The game started well as Jack Cotton scored a lovely goal early. McGlashan continued to dominate the first half and added three more goals from Thomas Mason, Nick Casey and Baxter Meder, to be 4-0 up at halftime. The boys knew Balmac are exactly like the Crusaders (they never go away) and they started the second half with a hiss and a roar, scoring virtually straight after halftime. This built confidence in the Balmac rank and they could well have had a few more goals if it wasn’t for some timely interventions by fullback Fynn Allison. In the end, however, McGlashan was just too good running out 6-1 winners, with two further goals to Baxter Meder and Theo Hannagan rounding off the scoring. Everyone played well, but Nick Casey was immense for McGlashan making some telling interceptions throughout the match.

The next activity of the day was back at John McGlashan College with the Chess. McGlashan were heavy favourites going into this and lead by Martin Brook the team just confirmed this by thumping their opposition 8-0! The highlight being Brook’s last second, last move victory in his second match. The boys were very happy with this, and they will hope to perform like this in the two national tournaments they have qualified for later in the year.

The interschool then moved to the gym for two basketball games. The Year 7 grudge match was up first. This fixture had just been played out a week earlier where McGlashan won to secure the Year 7 Basketball Championship. The game was very close the whole way through. Balmac lead 30-28 with moments remaining but trusty shooter Mason Gain had the ball and dropped what would normally be 3 but due to the junior rules it was only a two pointer and the game finished 30-30! The Year 8 Basketball however was a very one sided affair. Coaches Jordan Thorn and Harrison Jolly were all kitted out in suits but this made no difference as Balmac romped to a 52-16 victory! This was an unfortunate outcome but the boys had to suck it up. It was pleasing to see that the team continued to work hard throughout the match despite the growing score against them.

Starting at the football, McGlashan was hoping to back up their victory against the same opposition last year and their win against Waihi last term. The team set up in a very classic 4-4-2, lead by skipper Harrison Marshall, but got off to a poor start as Balmac grabbed the first goal from the first corner of the match. McGlashan drew back to level quickly though with their first goal through excellent target man Sheon Luxmanan. Then five minutes later Tom Dyer slotted home to give McGlashan the lead. George Barker scored again for the College just before halftime, as they went in with a deserved 3-1 lead at the break.

In an exciting second half, McGlashan started strongly but could not score. As the game wore on players got tired, and several McGlashan players came off with injuries. Balmac’s never say die attitude came through, and they managed to sneak a 3-3 draw scoring with two long range efforts mid way through the half. There were some very strong performances in the game for both sides. The McGlashan midfielders Marshall and Jack Murphy played well, and winger Quinn Coutts was a handful throughout.

That draw meant that the interschool would be decided in the final game, the rugby. Lead by skipper Phoenix Abbott and Coaches, Reon Lowry and Toby Jarvie; the team showed they were up for it from the start with Connor Aldrich pulling off a huge hit in the first tackle of the day. However, it was McGlashan who were left shell shocked as Balmac burst out of the gates into an early 17-0 lead.

McGlashan was very determined to win however and drew one back as Amani James muscled over from close in, and Mason Gain slotted over the conversion to put the score at 17-7. Balmac then grabbed a couple more tries to JMC’s one (scored by William Smiley) to establish a comfortable lead 31-14 at the break.

McGlashan had a calm talk at halftime but the coaches obviously snapped them into gear as Aldrich burrowed over soon after the restart to make a game of it. With the scores at 31-19, an unlikely victory for McGlashan looked like it could be on the cards. This was to be, as four more tries to Balmac was enough to give them the win. The final word though was McGlashan's when half-back Ollie Sinclair’s brilliant snipe bagged a deserved late try.

Coach Lowry was pleased with the effort of his team and commended their effort and application. Many played well, but special mentions were made of prop Seb Kyle who held the scrum together well before being forced from the field late on with a bloody nose and Mason Gain, who was excellent with the boot.

So 2-2 was the final score in the whole exchange. It was an exciting affair, and all matches were played in a competitive and respectful manner. Ultimately I think both schools will just be pleased they didn’t lose, but McGlashan can be very happy that they were able to more than hold their own against their much larger populated neighbours from down the road! 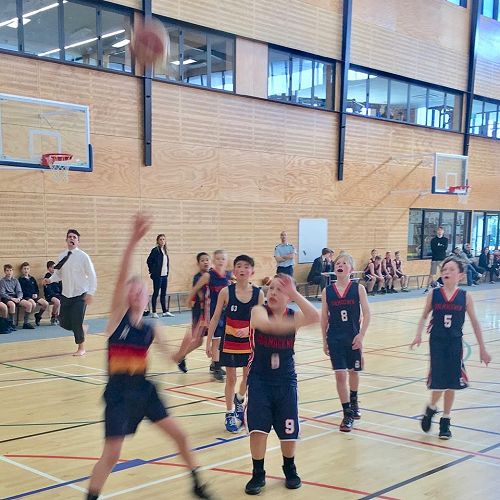 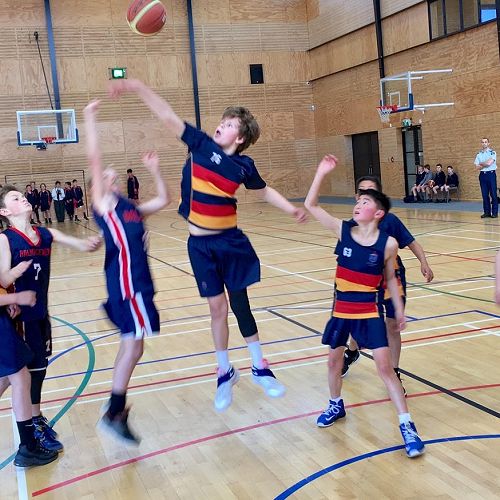 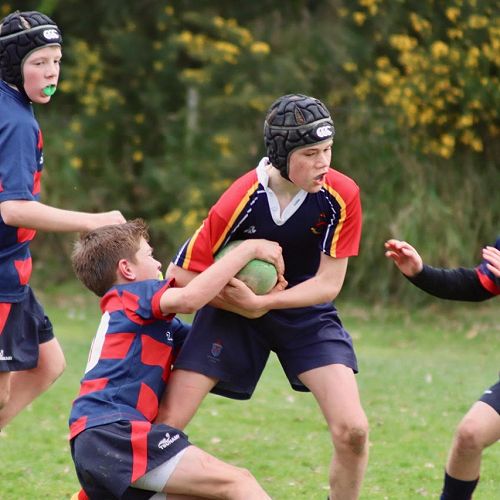 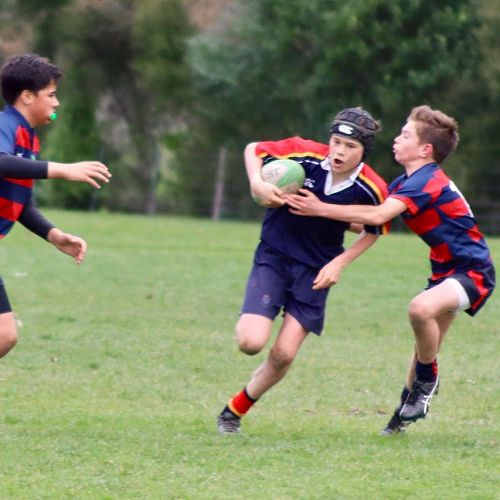 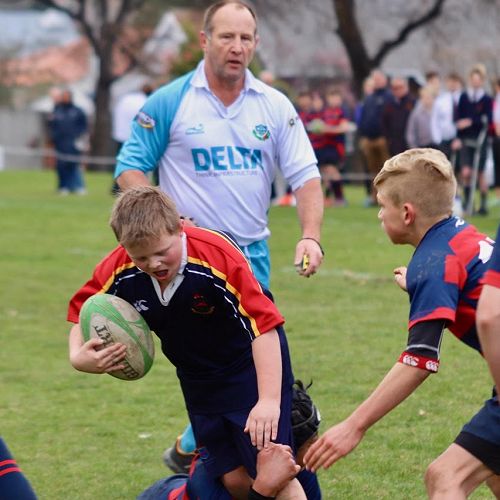 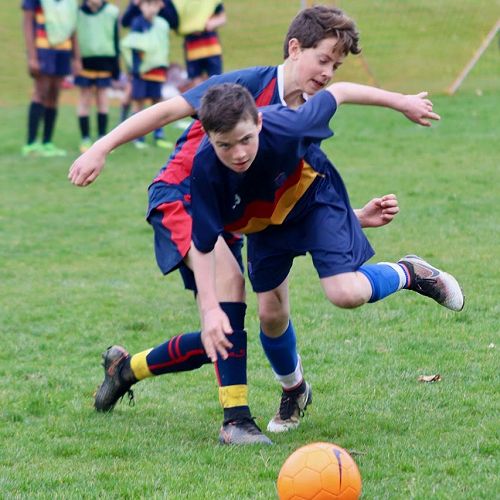 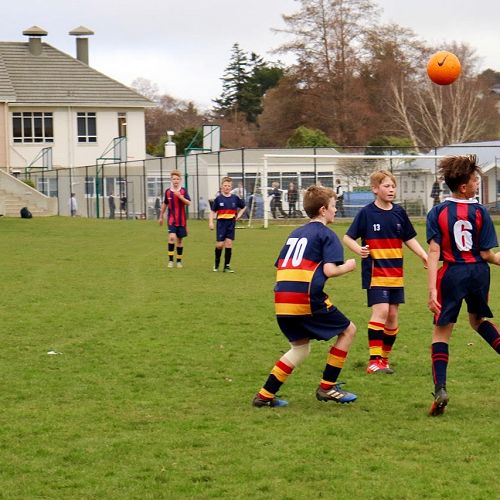 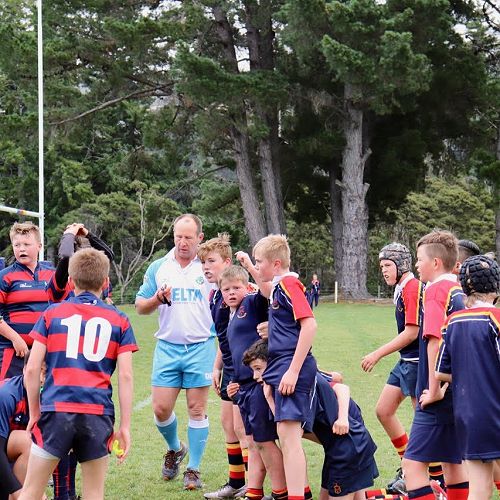 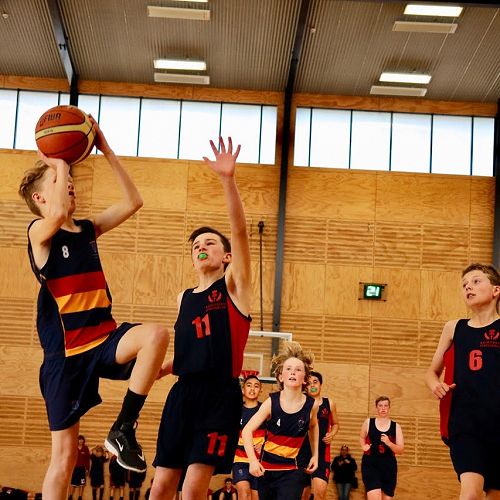 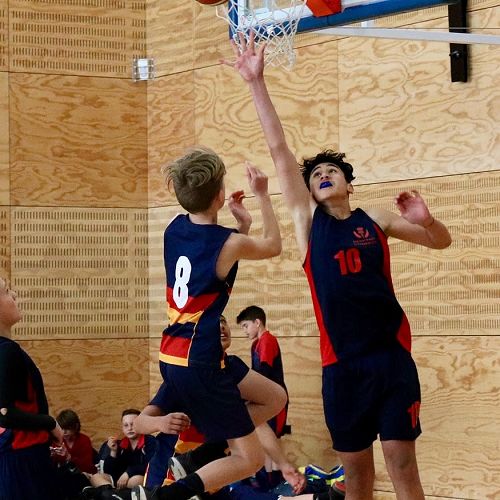 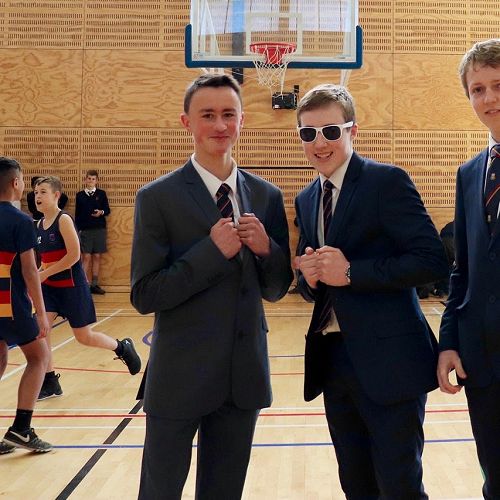