"Without a doubt, we have here a bunch of inspiring lads who we could all expect to be appearing on our TV screens one day"

What if you grew up with Adolf Hitler as your hero, instead of Brendon McCullum? Having the right heroes to grow up with sometimes requires, surprisingly, a bit of luck. A scary thought considering these people shape who we are and what we bring to the world. On Thursday 24 September, the twelve Year 10 speech finalists explored this idea of role-models, delving into themes such as the meaning of a ‘hero’, the different types of heroes in our lives, and the good and bad impacts our heroes have on us.

These strong beliefs, ideas, and stories that were presented during the finals made for very tough judging, and Mr Schaumann and I found ourselves disagreeing on more than a few points. However, the ingredient that we both thought won it for Hamish McIntyre was his powerful delivery; things like varying his tone, projecting his voice, and effectively using body movement to keep his audience hooked worked to create an especially impactful speech. Hamish’s original and relatable content reinforced this impact, securing his victory.

In second place we had Edward Diaz-Farron, who not only presented a very lively and engaging speech but also impressively chose to do so without the use of queue cards, demonstrating a distinctive confidence that was backed up by his cheerful presentation.

Coming up hot on Edward’s heels in third place we had a strong and thought provoking presentation by Luca Bevan, who artfully displayed his ability to hook the audience not only with the mastery of his voice but also his intriguing ideas.

All in all, a very good effort by the twelve finalists who each demonstrated an amazing confidence in being able to stand up in front of their peers and present their thoughts and ideas. Without a doubt, we have here a bunch of inspiring lads who we could all expect to be appearing on our TV screens one day - solid effort boys. 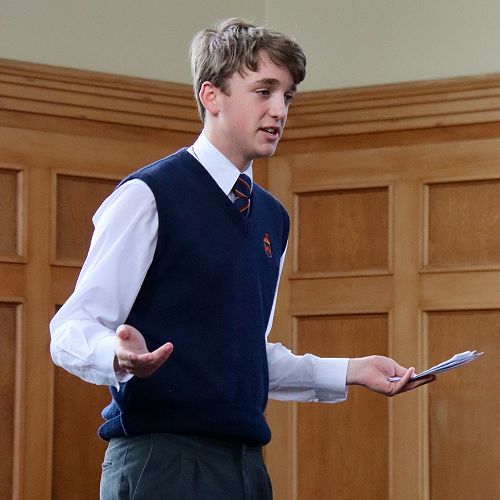 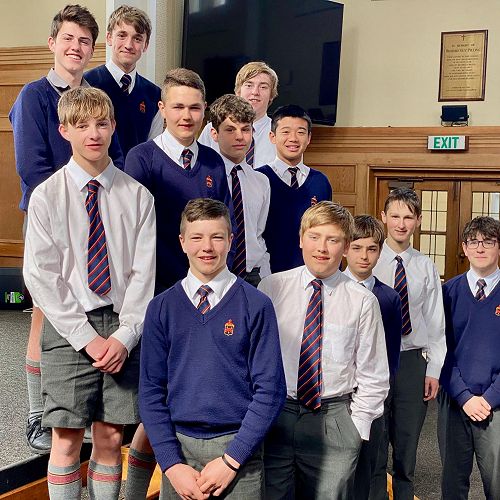 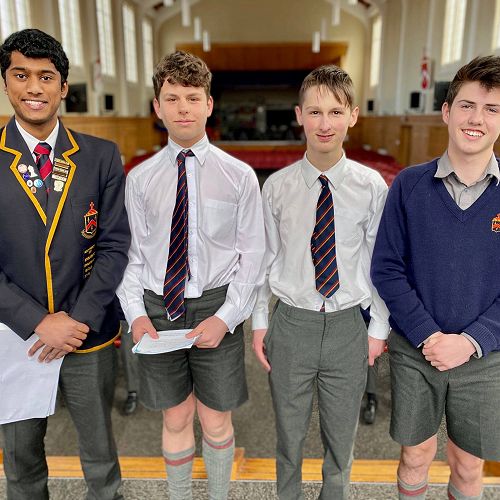