The Stewart Island camp crew set off on Monday, excited and ready for five days out of the great outdoors in one of New Zealand’s best-kept areas of natural paradise. Most of the boys had very little or no prior knowledge of Stewart Island, but luckily for them, they were accompanied by a local guru in the form of Tony Gomez.

When our group first arrived on Stewart Island, we were treated to a stunning feed of blue cod and chips from the Kai Kart, a takeaway fish and chip shop run by JMC student George Conner’s family. The next two days upon arrival were spent walking the Rakiura track, including an overnight stay at the North Arm Hut. The lads took to the challenge well and maintained an impressive pace as they navigated the track through stunning forestry and along some of the coastline. Following two days of walking, the boys were treated to a charter fishing expedition on the Aurora. Sharing rods, one between two, the boys caught plenty of blue cod - more than enough for the feast they would be having later that night. Over the course of the week the students got a taste of more than blue cod though, having been lucky enough to experience to scenery, hospitality, and unique experience that Stewart Island offers. Mr Gomez and Mr Allan both had nothing but positive reports of the camp and cited the boys’ keen sense for adventure, willingness to help out and to do their part for the team cause as being standout features of such a great outing. 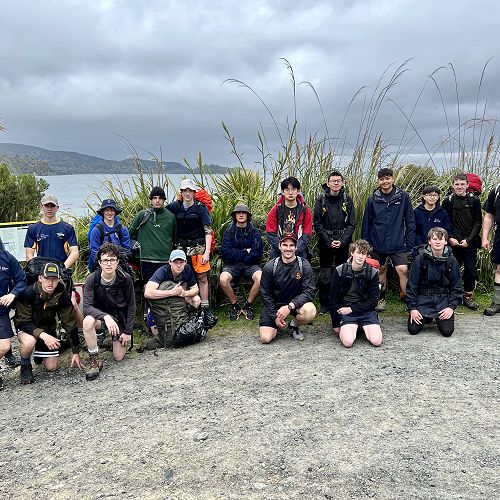 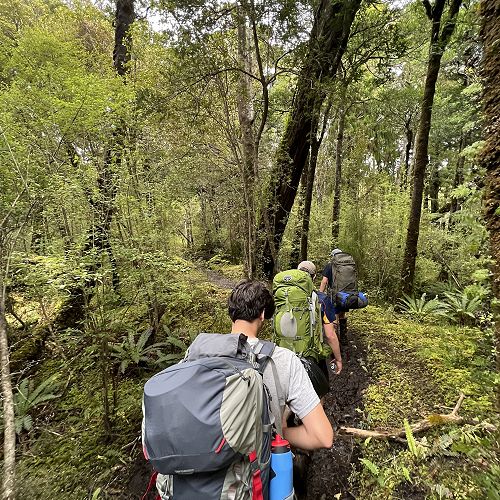