Not all of us have the patience or mental stamina to consider a weekend of intense strategical thinking, but for this special group of intermediate students, this was what they were trained for.

On the weekend of Saturday and Sunday the 15th and 16th of October the Chesspower National Finals were held at Newlands College in Wellington.

As the top ranking individuals from the Otago regional Chesspower interschool tournament, Martin Brook, Noah Oseki and Jinyoung Kim were invited to play for the Champions Trophy on Saturday which featured players from age 9 up to 18 years old. Martin finished 5th having won 8 of his 9 games and was awarded the trophy for best Intermediate student. Noah placed 28th and Jin 49th out of the 102 competitors.

On Sunday the boys were joined by Caleb Oakley and Max Baldwin for the National Finals team tournament representing John McGlashan College. Again there were 9 rounds of chess with a point for a win, half-point for a draw and none for a defeat. From the team of 5 the best 4 scores counted toward the team total. A total of 9 teams and 49 players were involved.

After two rounds the boys were down in sixth place but managed to climb the table and so began a see-saw battle between Mt Roskill College and John McGlashan with the lead repeatedly changing between the two, and never more than a point separating them.

In the last round with four of their five games completed (three draws and a defeat) John McGlashan were behind Mount Roskill College by half a point, who were heading for their fourth straight Intermediate schools national title. Martin Brook playing the final game against the best Mount Roskill player completed the victory, and his personal clean sweep, to hand John McGlashan the trophy by half a point. Caleb Oakley had his best tournament finishing as the 10th best individual player on 5 and a half points and was the team’s second highest scorer. Jin finished 25th with Noah right behind him at 26th, and Max rounded out the team finishing 44th.

Martin was named as a Junior Master and received the prize for best individual player, and as team captain had the honour of collecting the Chesspower Immediate schools trophy on behalf of the team. 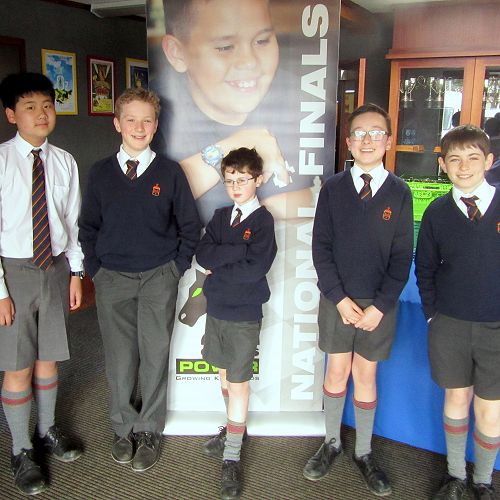 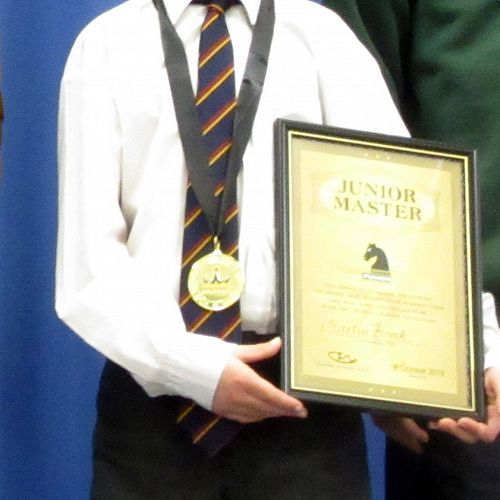 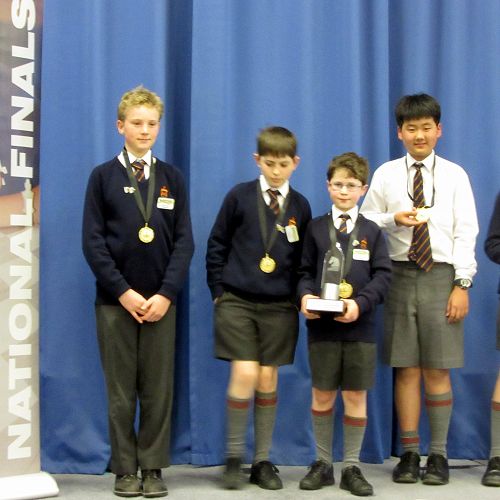 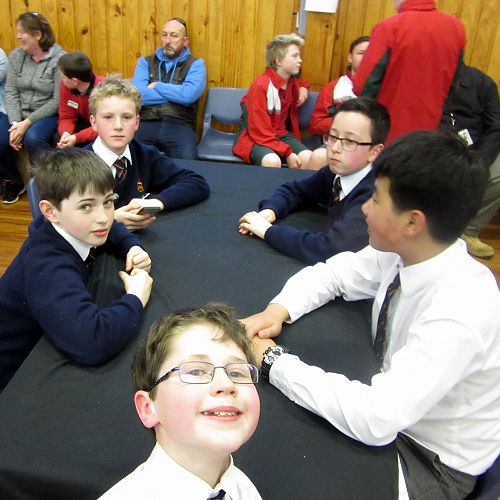