A physiology field trip in which the Year 13 biologists prove that they are indeed full of hot air.

Breathing.  An action we perform 23,000 times a day and nearly 8.4 million times a year. How could a field trip where breathing was the main activity be even remotely intriguing? Well, intriguing it was as the Year 13s found! With “blocked-nose-voice” inducing nose clips attached, mouths hooked up to alien-like Haldane-Priestly tubes and with syringes at the ready to extract respiratory gases breathing took on a whole new dimension. The principal task was the analysis of oxygen and carbon dioxide levels under various conditions of relaxation, held breaths and exercise. It was very gratifying and affirming to have exhaled air values commonly seen in a textbook of 16% oxygen and 4% carbon dioxide confirmed by gas analysers in real life. It was fascinating as the intensity of the testing conditions increased to find that the level of carbon dioxide in exhaled held breath remained stubbornly at 7%. Not sure of what that means? Grab a student biologist and ask for an explanation.

A big thanks to Fiona McDonald for organising the laboratory session and also to her skilled teaching staff who gave us insight into the respiratory system. If you’ve read this far don’t confuse respiration with breathing….keep calm and GO → CAW! 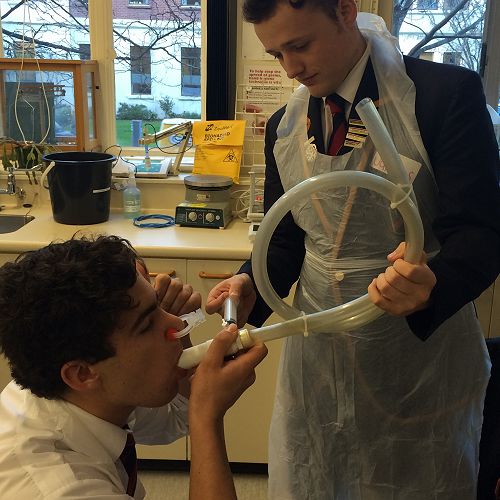 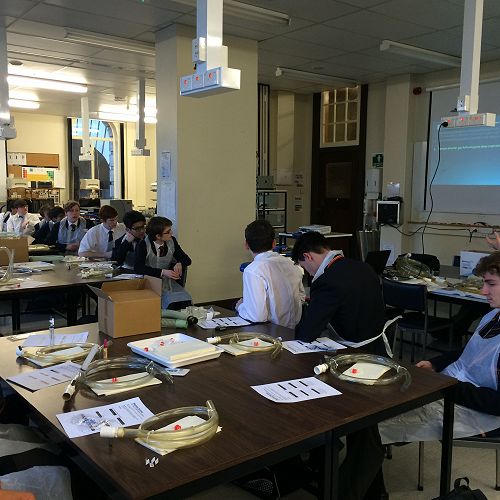 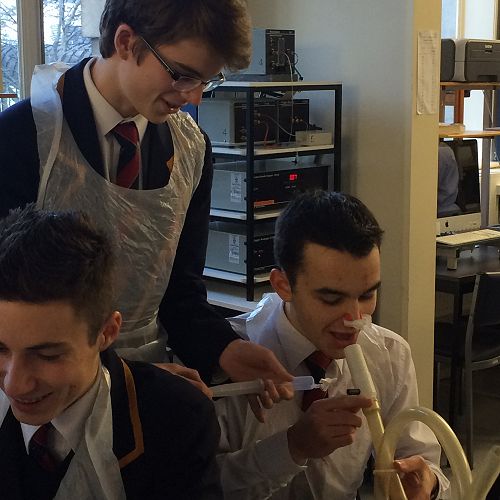 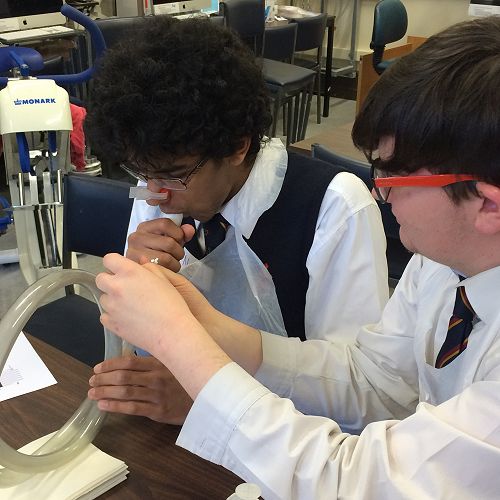 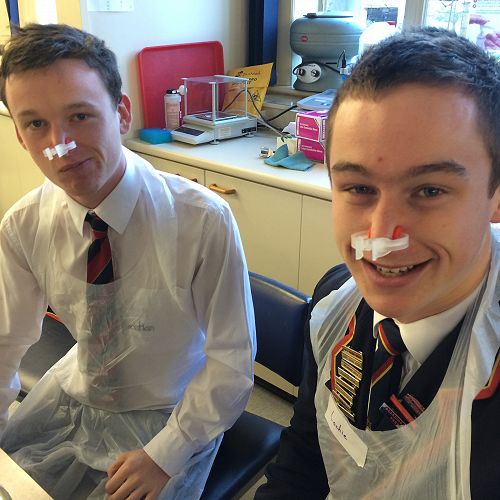 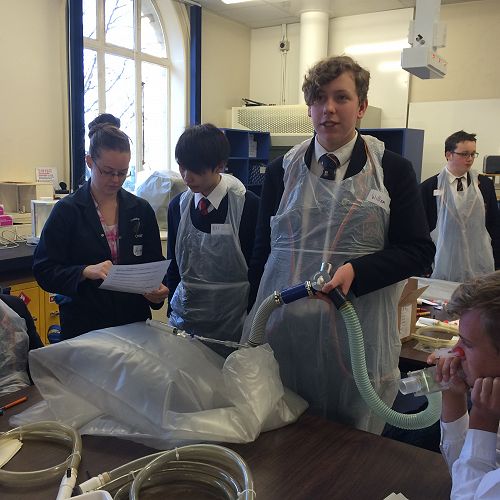 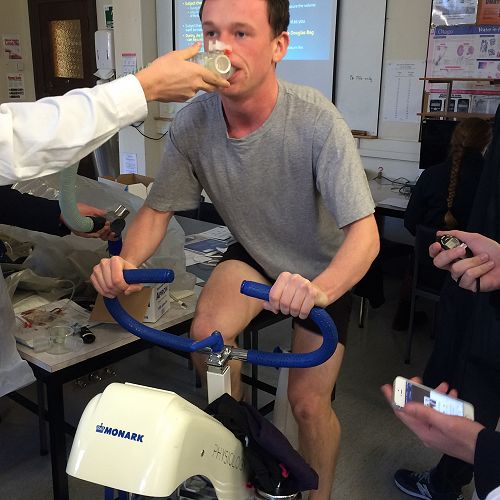 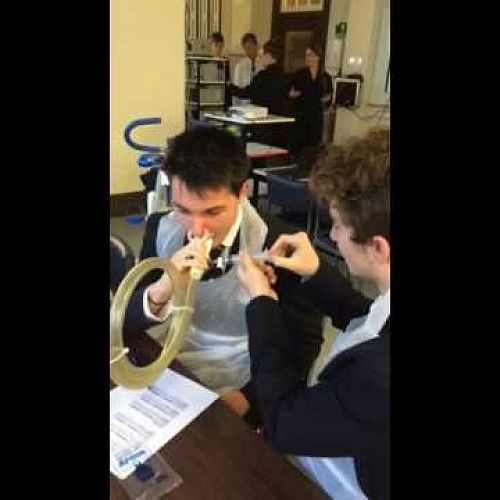