There are some amazing things going on at McGlashan. Outstanding performances on the sports fields and in the classrooms.

Plan A is to highlight some top stories in this newsletter but also direct you to www.mcglashan.school.nz/college-life/news

This newsletter's School story:  Year 13 students Ben Porter, Stewart Ashton, and Ezekiel Nielsen entered in the 5-minute Student Directed division of the SGCNZ University of Otago Sheilah Winn Shakespeare Festival Otago Regional Final at the end of the last term. Ben and Stewart co-directed a scene from Romeo & Juliet and went 'outside the box' this year. Ben played the role of the Nurse, and Stewart as Juliet (in full costume and make-up), with Ezekiel supporting in the scene as the character of Peter. They most deservedly won the Best 5-minute Scene and were selected to represent our college and region at the national final in Wellington where they won 2 awards: 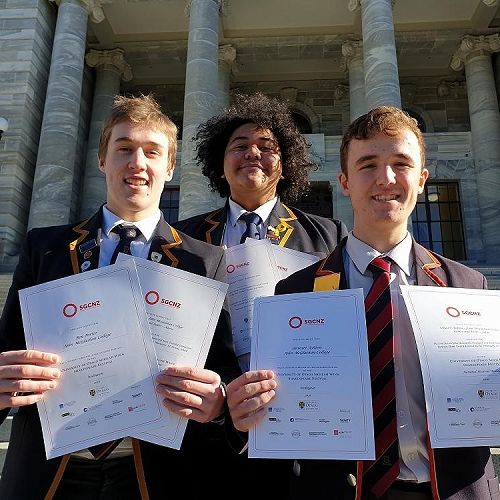