Maarten De Ridder represented New Zealand in the Oceania Judo Championships in Tonga. He had an excellent competition and achieved a gold medal in his age (Cadets) and weight (-55kg) group .

Bradley Leydon has been named in the New Zealand junior rowing squad.

Lachlan Ellis has been named in the New Zealand Tae kwon-Do team.

Leroy Ferguson has been selected into the New Zealand Under-16 Rugby League team.

Freddy Wright has also been selected to represent  New Zealand, in the Optimist class.

The following players who have been selected into Dunedin Metro basketball squads.

The McGlashan golf team made history when it won the Otago Championships for the first time. Robbie Perry and Callum White were named in the Otago Under-16 team and Kylie Clark reserve for the Under-19 team.

The JMC Clay Target team won the Jenkinson Cup at the Southland Clay Target Club Intercollegiate Shoot on the 14th May. The team was Archie Calder, Eli Darling, Alex Dodson, George Lowery and Will Morshuis.

For Alex, the award capped off his strongest season in Otago and South Island surf lifesaving competition, which saw him score the top-three results in the following individual and team events:

Gold medallist in one event: Under-19 Men’s Beach Relay

Finalist in seven other events.

An injury suffered in the last event of the South Island Championships forced Alex to withdraw from surf nationals. Nathan Wolf

If you have any John McGlashan College sport achievements that you would like to be considered for the next hail article, please email angela.button@mcglashan.school.nz. Please enter "Student Achievement" in the subject line of your email and provide the following information: 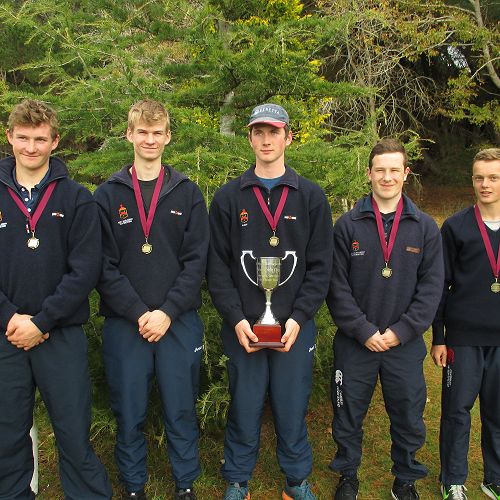