On Wednesday 11th May, students in Year 7-10 were treated to a performance by dancer, storyteller, and speaker, Bernard Mangakahia. This performance showcased a variety of dances from different cultures, each one linking to a different part of Mangakahia’s personal heritage. He recounted how he traced his genealogy and found that he had relatives across the world, ranging from Native Americans to Scots. He stressed the importance of finding out your family history and urged the audience to ask their parents and their grandparents about their life stories.

The boys immensely enjoyed this performance, and many were able to take part. Cameron Leydon volunteered for the Native American hoop dance and successfully channeled the spirit of an Eagle. Tevita Schaaf and Charles Keenan were the next to volunteer, performing a Haka. Charles suggested that the audience perform the school Haka, and the boys rose to the challenge and performed the Haka spectacularly. After this more boys were called onstage, performing Poi E. This went surprisingly well, as Will Shallard managed not to fling his poi into the audience.

The final dance which was performed was one that Bernard had learned from his teenage son. Showcasing a hip hop routine was a perfect way to end an entertaining and meaningful performance and has certainly encouraged Mr. Hore to brush up on his "robot".

This performance was enjoyed by staff and students alike and hopefully there will be more opportunities for the students to view performances in the near future. 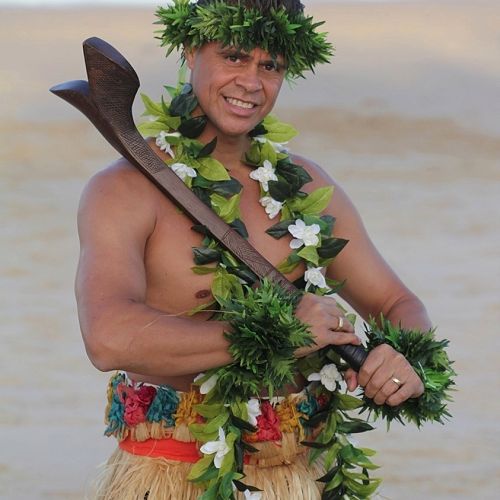 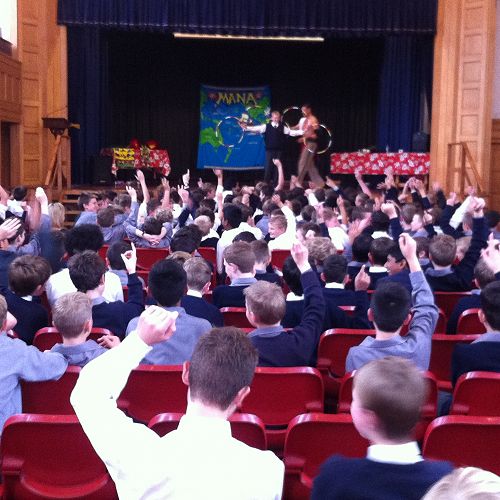 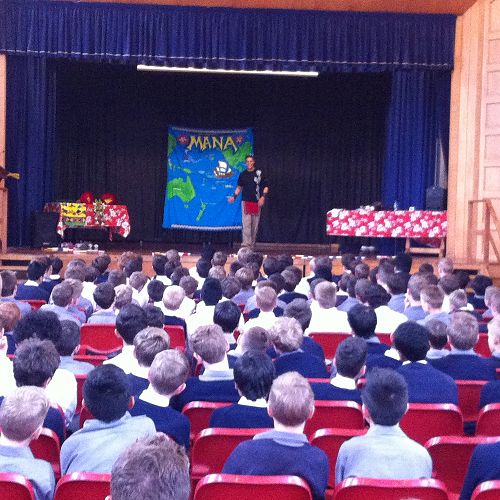 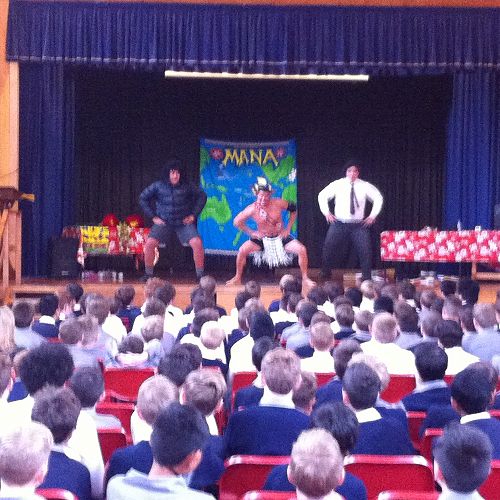 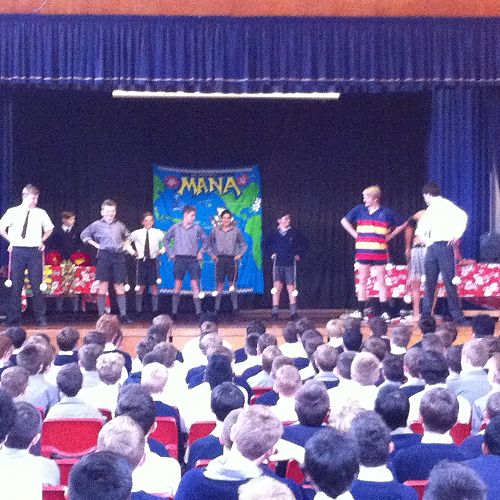