A few thoughts from Rev at the end of our centennial year.

I think of all the thousands of photos that have been taken around the school this year these three are in my top ten.

Winston has captured Mr Garry welcoming old boys to the school at the start of the centennial roll call assembly. They could be in no doubt that they were back at school as ‘Headmaster’ called them to attention. On the right is an amazing image of lads from the 1950’s being mustered for their official group photo. Winston has captured something of the great joy and camaraderie as old mates assembled. Secretly they were trying to put names to faces and then see who could still sit cross-legged on the floor as others egged them on from the wings. In the centre is a photo I took to use in chapel services to remind us of our special character. The stain glass window with its image of town and country, top and bottom, with the cross and the crest front and centre. John McGlashan College, a place where boys from both town and country can gather to be educated and receive pastoral care in a church school environment. Special characters drawn back by our special character for a wonderful weekend of talking and listening, eating and drinking, honouring and being honoured, pondering and praying, reflecting and being thankful.

All too quickly the old boys returned home but the window and cross remain.

J.M.C. didn’t stop because it was 100 years old but instead it did what it always has. It took the next group of boys in its care and the education and pastoral care continued.

So, may God bless you as Christmas approaches and on into the break. May you know that whether you are a student, family or friend that you have been part of something very significant this year. 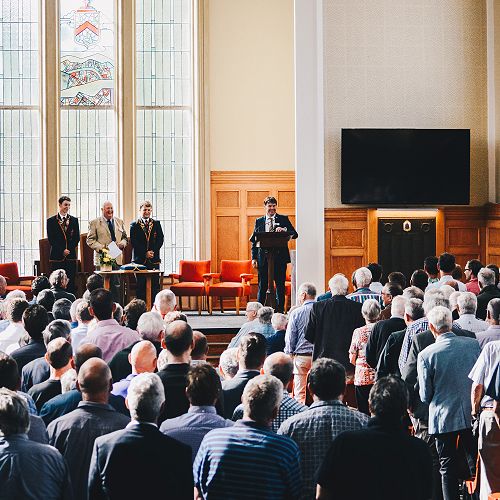 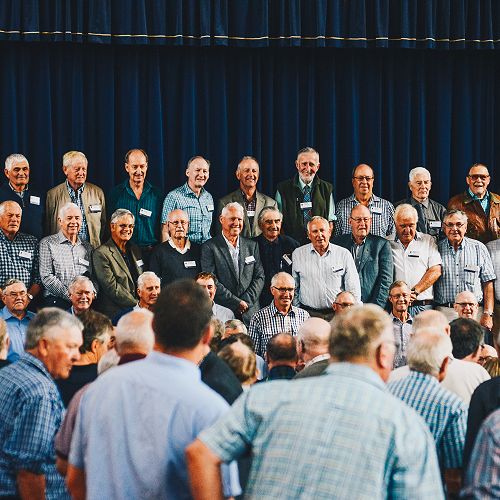 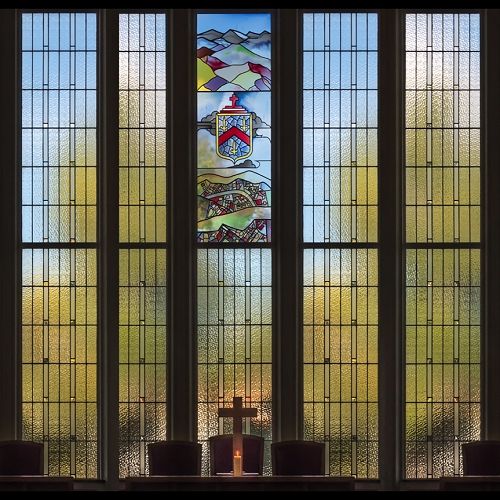