A field trip where the main task is breathing...yields some interesting results.

IB Biology students investigated respiratory gas levels (carbon dioxide and oxygen) under different conditions of rest, light exercise and heavy exercise. The experiments were conducted at the University of Otago's Physiology Department where the staff expertise and equipment allowed us to sample and analyse the composition of air breathed out from student participants. Some findings were easily explained - air exhaled after breathhold was relatively lower in oxygen and higher in carbon dioxide than atmospheric air. Data from this and from tests whilst exercising showed that carbon dioxide levels rather than oxygen levels were an important stimulus for triggering an increased breathing rate. And the key to getting across the Rakaia Bridge on one breath? Hyperventilate beforehand to fully oxygenate your blood and purge your body of carbon dioxide and thus suppress the urge to breathe - and also: don't be the driver lest your hyperventilation induces fainting! Thanks to the Physiology Department staff for running the lab session and to Mr Gomez for transport. 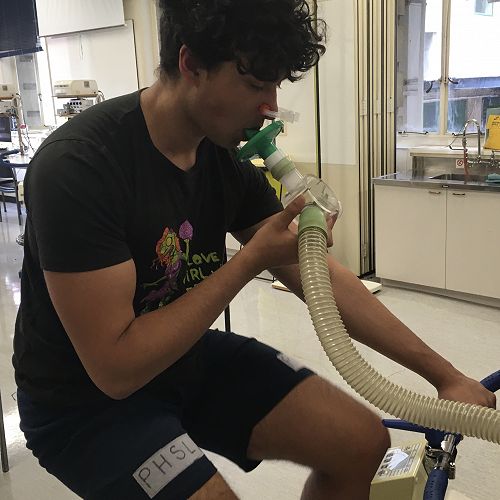 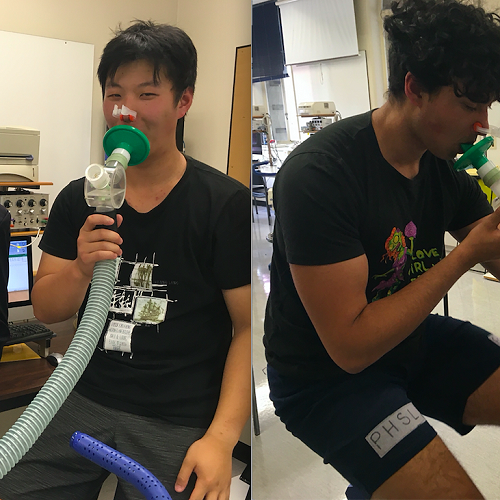