Many boys are walking taller at the moment after successes in their various academic, sporting and cultural pursuits over the last few weeks.

Firstly, congratulations to everyone involved in this year's Aurora Otago Science and Technology Fair. Thirteen boys showed their scientific prowess by winning prizes amid some very stiff competition. We are pleased to know that we have so many budding future scientists at the college.

170 boys are playing rugby at McGlashan this season so perhaps the most significant win in the winter sporting calendar so far was this Saturday when we played the previously dominant South Otago High School in the final of the Southern Wide Real Estate first XV competition. This is only the second time in McGlashan's history that we have won the competition and we should be immensely proud of the boys and their achievement. Boys, your success is an inspiration to others and is a reminder of how passion, dedication and hard work can reap the ultimate reward.

As many of you already know, I am a strong advocate for team sport and the challenges, lessons and rewards involved. Team sport plays a crucial role in building resilience and character in young men and as I reflect on the success of rugby at the college this year I can see that there have been important values instilled in the boys by their coaches, managers and mentors. I particularly enjoyed the spirit in which the game was played on Saturday and the positive and appropriate support from the sideline. Thank you to everyone who turned out to back the players and especially to the boys who added to the sense of occasion by performing a very powerful haka for their team.

While we are on the theme of hard work, a reminder to the boys that this term has to have an academic focus. For all of you there has to be a balance between your study and your co-curricular commitments, some of which take up a significant amount of your time.

Last week Barry Kelk, Jennifer Macleod and I attended the Church Schools' Conference at Rangi Ruru in Christchurch. Jennifer has been employed by the Church Schools Association to develop NCEA achievement standards for Christian Studies and her report was very well received. Many positive contacts were made with fellow chaplains and principals and some valuable discussions had concerning school values and culture.

Over recent months we have called on parents to host pupils from St Andrew’s College, Uppingham School, and exchange students from France and I want to thank you all for making these boys welcome in your homes and for making their McGlashan experience such a friendly one. I realize it is quite a commitment but hopefully you and your boys have made some lifelong friendships both in New Zealand and around the world.

Finally, rehearsals are in full swing for this year's production with Columba and St Hilda's, 'An Idiot's Guide to Broadway'. I know how hard the cast and production team are working to provide you with a great night's entertainment, so get your tickets from the school office and go along and support these talented students.

All the best for the rest of the term. 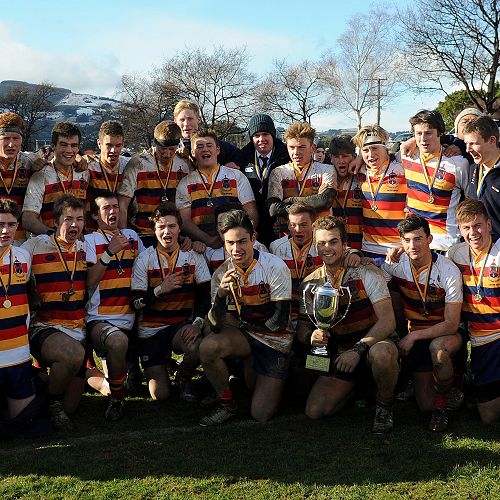