"This achievement puts us in the record books as the only group of Year 10 McGlashan boys to cross the ridge."

On the hot Sunday afternoon of the 15th of November the Year 10 boys who were taking part, eagerly waited with anticipation for our trip to conquer the challenge of the Kepler track. The bus drive down was an enjoyable experience, filled with lots of chatter and fun. When we arrived at our destination in Te Anau, we were greeted with fantastic rooms and nachos and beans to fuel us up, preparing us for the beginning of our journey the next day.

On the first day, we woke up early, ready to partake in the challenge that was ahead. We hopped on the bus to the start of the Kepler. We stopped at Brod Bay for a quick rest and snack but were devoured by sandflies in the short time we stood still. We headed up the mountain, finding it more tiresome than expected. At the tree line, where we came out of the bush, we saw a friendly kea and some amazing views. We arrived at Luxmore Hut and were greeted with beautiful views over the surrounding terrain. Many card games were played that night with some unique ways of playing such as Nic Hinton’s many rules and Hamish McIntyre’s interesting dealing technique.

Some of the most memorable moments were had on the second day of walking. This included carefully treading over the ridge with a vast dangerous drop on both sides of a thin path where on occasion we had to stop and huddle for warmth inside the two huts on the way (Hanging Valley shelter and Forest Burn shelter). We appreciated the gear we had which helped us push through to pass over the mountain and drop down into the forest where we arrived at Irisburn Hut. This achievement puts us in the record books as the only group of Year 10 McGlashan boys to cross the ridge.

The third day was a much easier day with nice, relaxing weather and easier terrain. With the majority of it on the flat, it was a shorter and easier walk than the windy, hardy day on the ridge. After reaching the third and final hut Motorau, many of us had a dip in Lake Manapouri to cool off after the hot weather that day. Many boys considered this one of the best days because of the amazing atmosphere and natural scenery/terrain in the Motorau Hut area, and of course, the lake was very nice to swim in.

The fourth day was pretty chill and we were excited to go back to civilization but still enjoyed the experiences we had over the last few days. We went to Rainbow Reach to have lunch and Mr Clark held a rock competition for the best rock anyone could find. When we got back to the bus and everyone had loaded their gear up and finally collapsed, Mrs Smith came in and asked us to all get back off so we could take a photo - of course, we dutifully obliged.

Finally arriving back to Te Anau, we emptied our trash, had showers and cleaned up after the adventure. Before departing Te Anau, we had a quiz on the Keplar and watched as a member of our various groups tried to make a rap on the Kepler. This was quite an entertaining finish to the week.

We would like to thank Mark Durant and Nic Meder for joining us for the week and Mr Hunter, Mr Clark and Mrs Smith for helping us through this trek. We have all come away with some great memories and overcame many challenges on our Year 10 Camp. 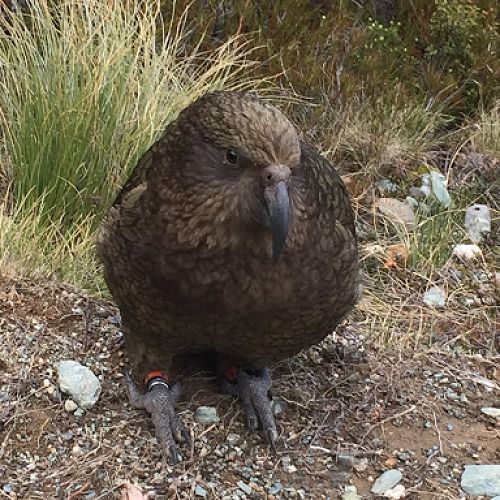