The Royal New Zealand Ballet workshops at John McGlashan College are becoming a highlight of the drama calendar.

John McGlashan College has struck up a wonderful relationship with the Royal New Zealand Ballet and the National ballet company has been coming to school to take workshops with drama students for the past couple of years. Pagan Dorgan (RNZB Educator) said she loves coming to our school to work our students. She said she finds our students extremely good to work with, they will give anything a go, and they take the new skills on board with energy and enthusiasm.

On Thursday 4th June the RNZB educator Pagan and two of the RNZB company members Loughlan Prior and William Fitzgerald came to spend two periods working with the NCEA2 drama class, focussing on movement skills. There was also the added highlight of having a local TV crew from Dunedin TV's Channel 39 in class filming the students as they were taken through a range of physical exercises.

Students tried counterbalance exercises, which focussed on strength, agility, and team work, and then moved onto trying out moves from the RNZB's piece "Salute", which was staged at the Regent Theatre on Wednesday 3rd June (and is currently touring New Zealand).

Linking back to what the Year 11 and Year 12 drama students are doing in class with the devising of drama around 9/11 events, they will take what they've learned about movement and group skills and apply it to their devising pieces. Students are performing for assessment next week in class.

For more information and the link to watch the Dunedin TV piece on the RNZB visit, you can click here : Link to Channel39 news story. 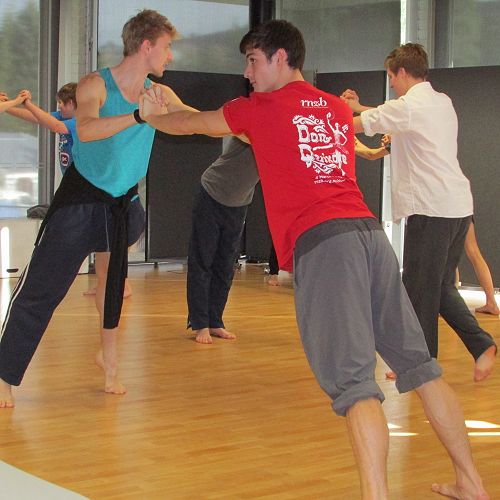 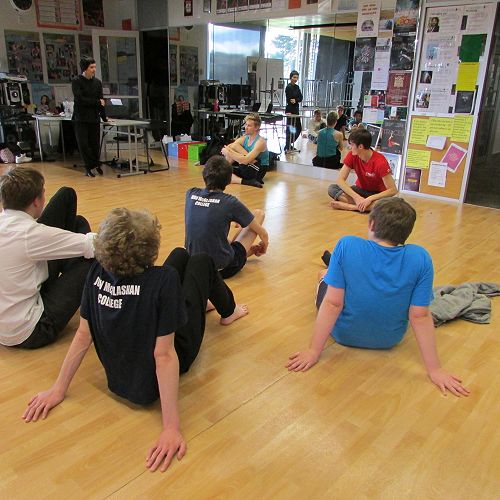 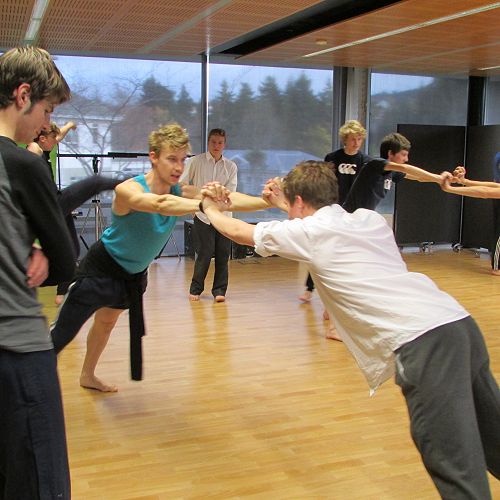 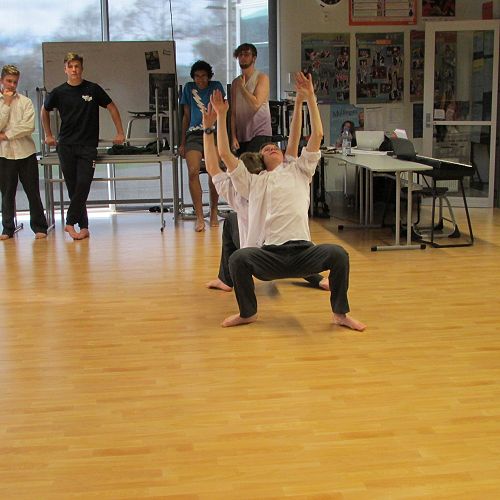 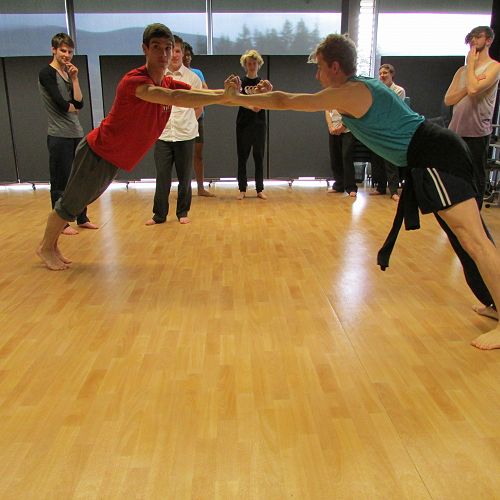 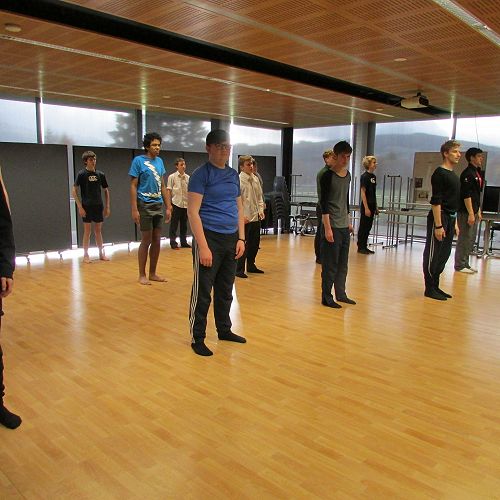 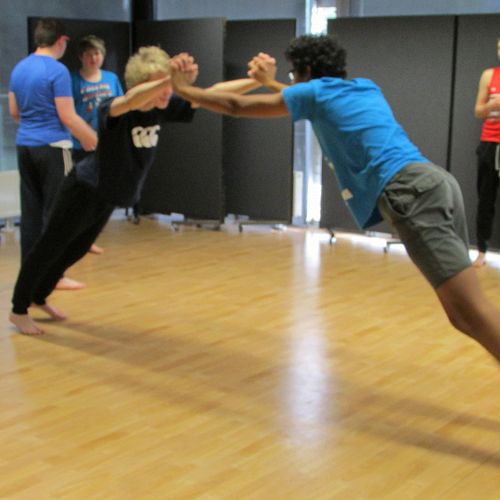 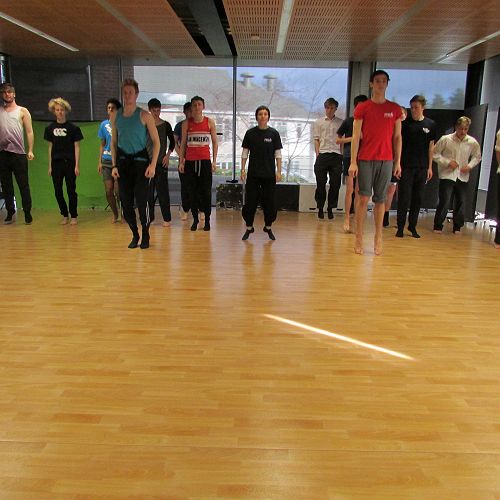 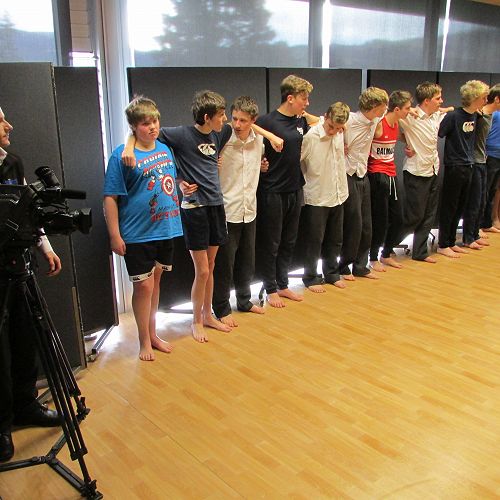 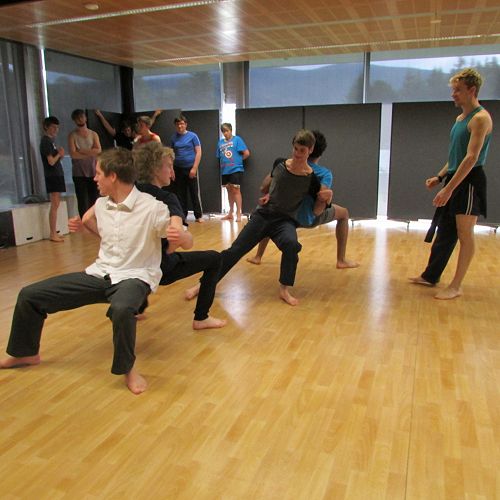 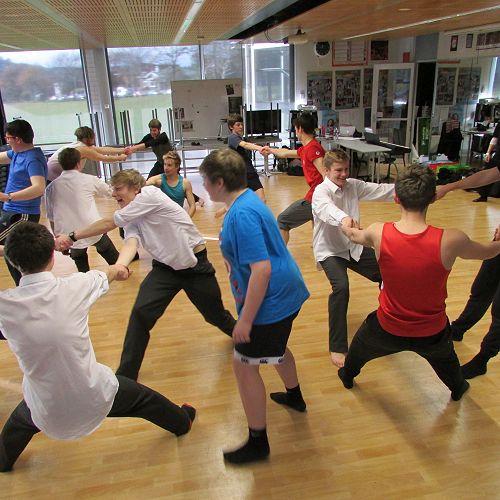 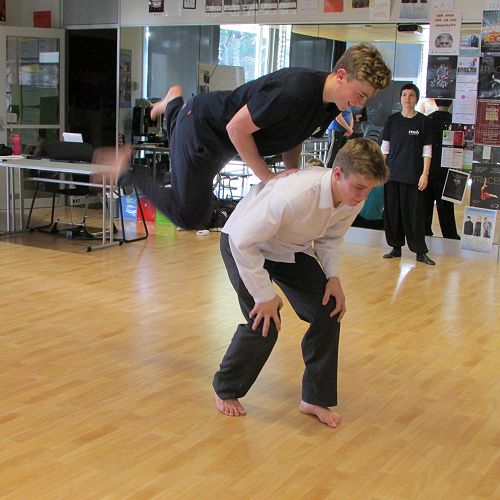 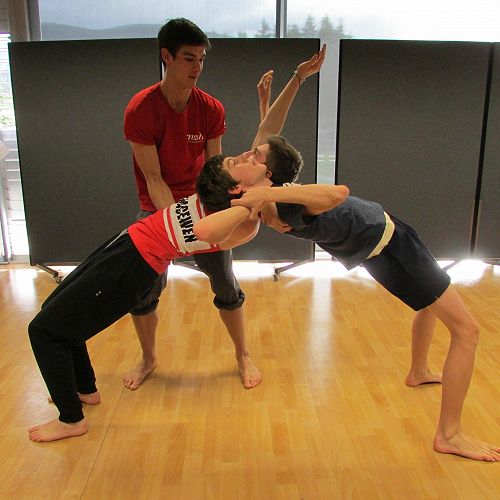