Year 9 drama students are currently working on a Rituals unit, focussing on Maori ritual as a case study before launching into research to create a performance ritual of their own choosing.

Students learned about the Karakia (a song, dance, chant, prayer type ceremony), before performing a Karakia in small groups. They went on to research and write their own mihi (a greeting or welcome -where you share a bit about who you are and where you come from), before performing it to the class in English, Māori, or  both languages.

While many of the class was away on camp and there was a limited number of students left, we tried making newspaper sticks to learn Ti Rakau (a Māori stick game).  Students learned it was harder than the video made it look, but after a few tries it did became easier. Students then tried working with some of their own devised rhythms and created a stick game of their own. 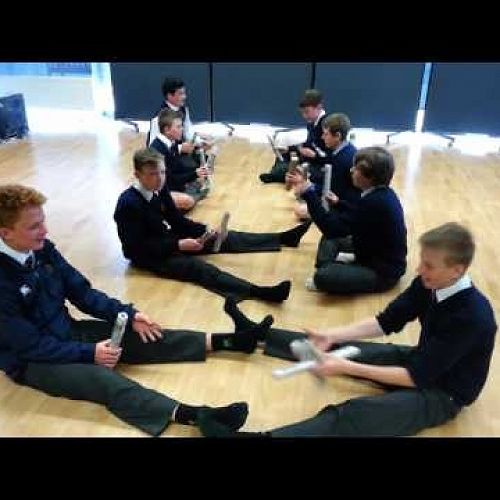