The McGlashan Water Polo team had a successful trip to Invercargill finishing fourth out of 15 teams in the South Island Water Polo Tournament.

There were strong performances from all players in the team. Jimmy McEwan produced a creditable performance in goal and improved as the tournament progressed making many fine saves. David Cannon won many swim offs securing the ball for the team. Alex Chirnside playing up front in “hole” was strong gaining many reverse hand goals. Tim Chirnside was deadly from the right side scoring many goals. Max Wolf in his first year in the team was excellent in bringing the ball up and distributing it. Gene Turner was also in his first year in the team and  gained some great goals using his lob shot. Off the bench, Cameron McDowell added impetus to the team and scored some fine goals while defending solidly. Luke Nie and Nathan Scott also in their first tournaments were solid on defence and gained in confidence as the tournament progressed.

I would like to thank coaches Rachel Duignan and Angus Webster for their expertise and knowledge in bringing the team on. With most of the team returning next year it is hoped we can go better and make the finals. 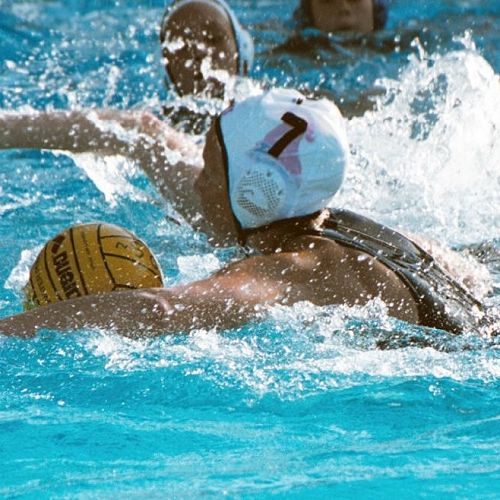